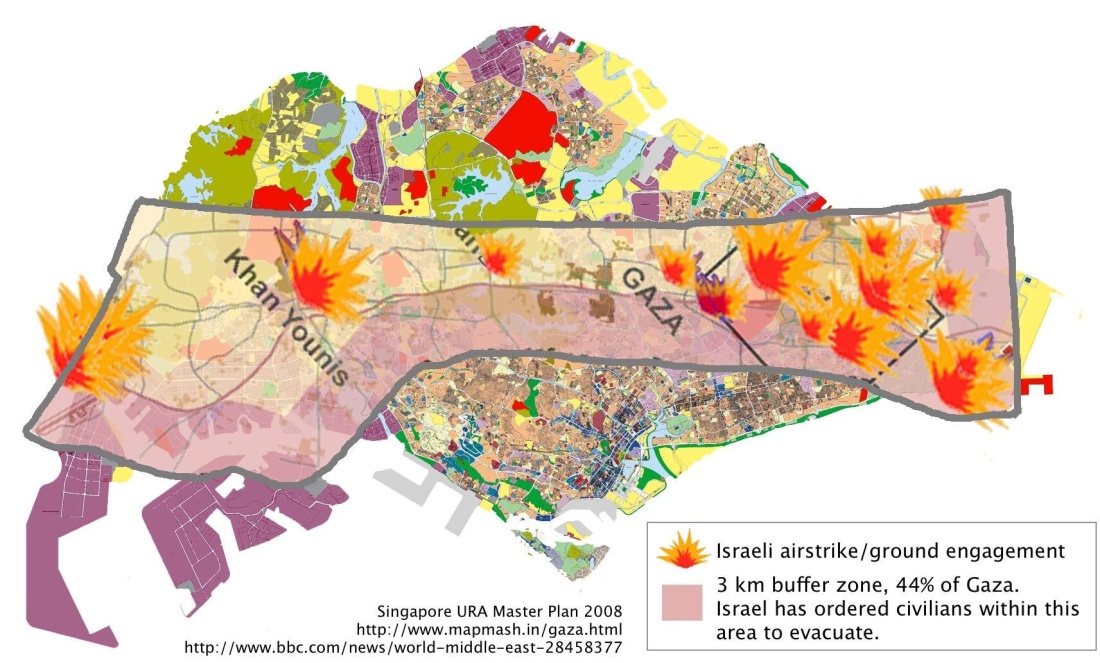 Map of reported Israeli airstrikes and ground engagements in Gaza, overlaid on map of Singapore. Gaza is even smaller than Singapore, roughly 40km long x 6-12 km wide, in comparison to mainland Singapore’s, 40 km x 20 km. Israel has declared 44% of Gaza off-limits in the present offensive, so 1.8 million Gazans are squeezed into an area of 200 sq km, less than one-third of Singapore. In that light, the 1,000-plus Palestinian casualties, most incurred over the last few days, are hardly surprising. Though I suppose Israel’s defenders would argue that the casualty rate would be even higher if Israel did not follow such strict rules of engagement.

Red areas in the Singapore map represent what the URA calls “special uses” in its Master Plan. What that usually means is military facility. Note the presence of SAF bases immediately next door to Jurong West, Woodlands, Yishun and several other HDB estates. 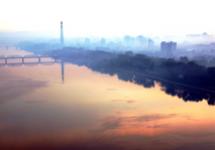